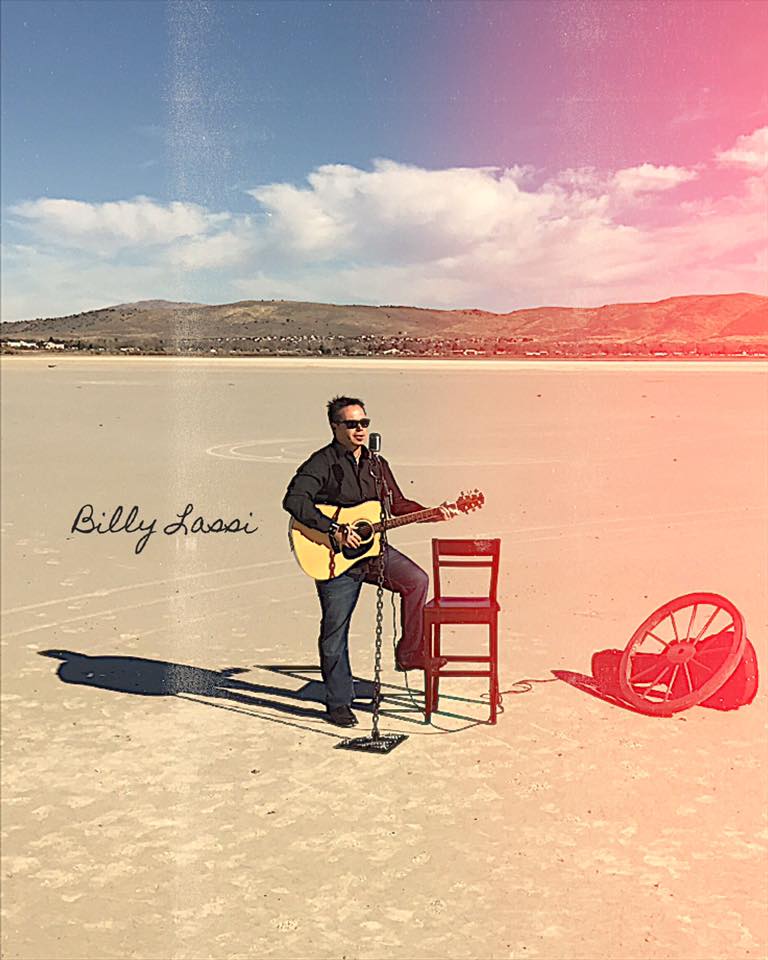 On lead vocals and acoustic guitar is Billy James Lassi.  Billy is originally from Edmonton, Alberta, Canada. He began his professional music career in 1990 as a member of a Rock’n’Roll Tribute Show, where he had the opportunity to work with the fifties rock icon, Buddy Knox. In April of 1993 he migrated to Reno, NV when he was hired to be the lead vocalist of a Reno based band.

In January of 1995 he left that band to form the Midnight Riders who went on to be primarily be the house band for a popular Reno Night Club. He ran the full-time band Midnight Riders from January 20th, 1995 until March 9th, 2015, just two months past their 20 year anniversary. Billy disbanded the Midnight Riders and came off the road to be a full-time father to his now two-year-old baby girl.

The joy of performing and his love for music brought Billy together with Reckless Envy bandmates Keith Lindsey and Virginia Bowman. In addition to his tremendous vocal talent, Billy adds his own high energy brand of entertainment to the bands dynamic onstage performance. He even adds to the performance by occasionally joining the audience in the fun offstage in telling jokes, making toasts, taking song requests and making special announcements such as birthdays, engagements, anniversaries.

Musician, administrator, educator and entrepreneur, Virginia Bowman has quickly earned a name for herself as a talented violinist and leader. She was concertmaster with the Tahoe Symphony at the age of 19, and has gone on to play in several professional orchestras such as the Reno Philharmonic and Lubbock Symphony Orchestras.

Virginia earned both a Bachelors and Masters degree in Music Performance from the University of Nevada, Reno. She has performed with many other symphonies including the Abilene Philharmonic, Big Spring Symphony, and the Roswell Symphony Orchestras. She has also participated in many music festivals including the Hot Springs Music Festival, the Sierra Summer Festival and the NYU Intensive String Quartet Festival. She has participated in master classes with known violin soloists Robert Chen, Elizabeth Pitcarn, Mads Tolling, and Ida Kavafian.

Aside from playing violin, Virginia is active in Arts Administration. She worked with the Tahoe Symphony Orchestra doing such jobs as program writing advertising, personnel manager and librarian. She was also an administrator for The Hot Springs Music Festival, the Sierra Summer Festival in Mammoth Lakes, CA, and is currently General Manager of JamPro Music Factory.

Virginia has been teaching private violin and piano lessons for many years and had held other teaching positions such as Director of Orchestral Studies at JamPro and Teaching Assistant at both Texas Tech University and the University of Nevada,Reno. Dedicated to education, she also founded the Tahoe Symphony Youth Orchestra and assisted in the founding of the Reno Philharmonic Strings Symphonia.

Rock, hip hop, pop, jazz, and fiddle, Virginia has always enjoyed the versatility of the violin. She recorded violin tracks for the rock album Forevermore by Whitesnake. She has also played fiddle in a traditional Irish band called Whiskey Before Breakfast and currently performs fiddle, keyboard as well as lead and harmony vocal duties with the country/rock band Reckless Envy.

Originally from San Jose, California on lead guitar and vocals is Keith Lindsey. A devoted family man, he is now pursuing music after a very successful business career as a manager in a trucking company. In order to fulfill his passion and pursuit of music, Keith studied classical guitar with Bob Clark (protégé of Andrea Segovia) as well as Christopher Parkening at the University of California, Berkeley.

Keith has written, recorded, mixed and produced several original, independent bands in his own home studio and even had two of his songs aired on radio (calls this his 15 mins of fame). Whether performing in a Journey Tribute band, an AC/DC tribute band or playing original compositions, Keith always enjoys putting smiles on people’s faces by playing music, no matter how large or how small the crowd. Music has always been a very rewarding ride for Keith.